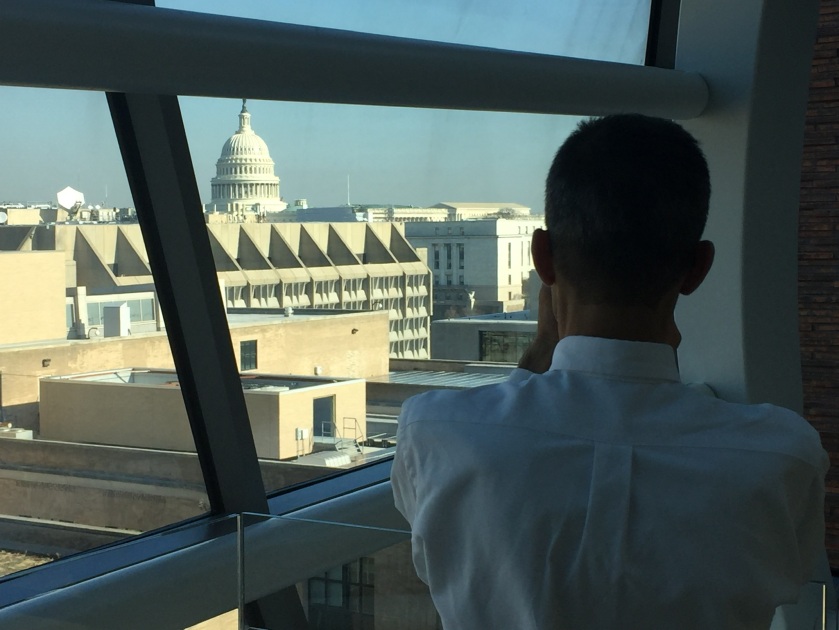 … Americans deal with dual realities all the time; it’s connecting them that’s rare and often painful. Take the use case of inexpensive flat screen TVs built overseas and the decline of American manufacturing. No one wanted to connect those realities. Just like your examples, it becomes too inconvenient and / or painful to connect them.

A friend posted this comment on last week’s post and it rings so true; particularly with events this week, a year after the storming of the Capital by a riotous mob. The New York Times, the Washington Post, the Atlantic and more featured articles about the demographics of the crowds; mostly centered on, the alarm that the rioters were “mainstream.” It seems they were all in search of a pattern and coined new terms like “rapid radicalization.”

Right-wing extremist violence is usually strongly linked to skinhead gangs or militia groups. But as of Dec. 2021, he says 87% of Capitol rioters he’s analyzed were not members of violent groups like the Oath Keepers or Proud Boys.

“We’re used to thinking of extremists as on the fringe,” he says. “… What we see over and over in their demographics and in their motives really is a disturbing picture: That this is coming from part of the mainstream.”

More than half of the Jan. 6 insurrectionists were white-collar workers such as business owners, architects, doctors and lawyers. Pape, who has decades of experience studying global political violence, says this statistic was unexpected. Out of the hundreds of people arrested for breaking into the Capitol, he says only 7% were unemployed at the time — nearly the national unemployment average.

White, employed and mainstream: What we know about the Jan. 6 rioters one year later

They have the wrong hypothesis; the insurrection was not an anomaly.  This is about power, control and fear. This is as old as time, people who perceive a loss of power and control will ferociously fight. The seditionist were a group of people who falsely believed something was taken away from them. They perceived their power, place and privilege to be under attack. Which ironically is the basis of the ideology which they believe protects them from prosecution. Funny the “Big Lie” spawned a lot of little lies and no one wants to be accountable. If you  were there and really didn’t understand what was happening, you need conservatorship ( I believe James Parnell Spears is looking for a new ward to replace Brittany)  otherwise, you are guilty. Does a teenager who attended a rager say, yes, we planned for it to get out of hand, for the police to called and to do $500,000 worth of damage. Well, that’s what the excuses sound like, the only thing missing was a keg.

Now they want us to believe they just got swept up in the moment. A Texas man accused of helping break a glass door in the House chamber now says he never planned to storm the building. Yet authorities say he did — and ended up inside with a yellow flag around his neck that said “Don’t Tread on Me.” Another defendant from Chicago says he only went to Washington that day to attend the rally where then-President Donald Trump fired up the crowd with false claims about a stolen election. According to the FBI, Kevin James Lyons claimed there was little he could do to escape the crowd because he weighs only 140 pounds. Apparently it will be left to a jury to make sense of how the disadvantage of his bodyweight led him to post a photo on social media captioned, “WHOS HOUSE?!?!? OUR HOUSE??”

‘The mob made me do it’ and other lame excuses from Jan. 6 Capitol rioters | Editorial

There is a, what should we call it, a crisis, debate, example of this phenomenon in Korea; the antifeminist movement. Young men have the expectation of power and control. There has been as shift and these men now blame their inability to get employment is because of women. If you are saying well technically that is true, consider you are coming from a perspective of control and power. No judgement, really, this is how insidious control and power are with respect to expectations. The minorities, the oppressed hope for change and the majority, controllers can’t imagine anything else, fear any scenario where they perceive they are not in control. The protestors say, they don’t hate women and yet they chant “Thud! Thud!” to imitate the noise they said the “ugly feminist pigs” make.

South Korea is reckoning with a new type of political correctness enforced by angry young men who bristle at any forces they see as undermining opportunity — and feminists, in their mind, are enemy No. 1. Inequality is one of the most delicate issues in South Korea, a nation with deepening economic uncertainty, fed by runaway housing prices, a lack of jobs and a widening income gap.

“We don’t hate women, and we don’t oppose elevating their rights,” said Bae In-kyu, 31, the head of Man on Solidarity, one of the country’s most active anti-feminist groups. “But feminists are a social evil.”

…Among South Korean men in their 20s, nearly 79 percent said they were victims of serious gender discrimination, according to a poll in May.

The New Political Cry in South Korea: ‘Out With Man Haters’

This sounds insane, yet familiar. These young men are raging against women and they are “mainstream.” Close to 80% believe they have been discriminated against. Hence they rage against women they demean as “pigs.”

Rage rooms started in Asia back in 2008 and have spread all over the world. The concept is, go into a room with an axe or sledge hammer and destroy things thereby releasing stress, tension and your rage. One study says it really does nothing, another noted in conjunction with therapy, it might help…blah, blah, blah. Im not here to debate, only to note how the world is now trying to “normalize rage” into a “fun” activity.

Rage room participants would not say they have any real issues. The capital rioters may not see themselves in the same group as recent mass shooters with a “history”  like the Denver shooter Lyndon McLeod’ who killed 6 people in December, the Atlanta shooter, Robert Aaron Long, who killed 8 people in March and the the San Jose Shooter, Samuel James Cassidy who killed 10 people including himself in May. People who perceive a loss of power and control will fight. Stop the bewilderment of no criminal record or this seems out of character. This is hard wired human nature, fight or flight and those who show up are ready to fight. It is hard and painful to accept the truth.

This week, think thru scenarios and connect the dots. Think about things that are being normalize and consider the big picture.