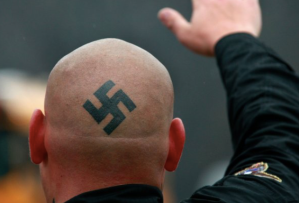 I’d just arrived at work, settling in with morning coffee when one of the summer interns, John runs excitedly towards my desk yelling “I understand it now; I got it.” He is smiling and starts to explain. I went into Burger King and people were staring at me and giving me strange looks. Some were even backing away. “ Catching his breath, he continued, devastated,  “They thought I was a skinhead!  There was nothing I could do, they judged me on something I had no control over. I wanted to yell out, calm down, I loss my hair from chemo, I’m a nice guy, don’t judge me, you have nothing to fear. I felt uncomfortable, unwelcome, like something bad could happen at any moment. I got my food and left. My hair will grow back, but, for black people…” His voiced railed off.

The day before, John was sitting with me and my colleague.  We, two black female system engineers in the office were scheduled to oversee an install for the state lottery in Harlan County Kentucky¹. We knew this was a bad idea; but, unsure how to approach management without sounding like we were trying to get out of work. Harlan County, KY was infamous for racism in the late 80s and there’d been a Klan rally that weekend. I had no intention of inadvertently getting caught up in another coon hunt². With a lot of trepidation we went in to talk to our manager. Before we could get a word out, I guess she knew by our faces, she put her hand up and said, “Don’t worry, Harley Bob saw the schedule and put and end to all of it. He told the location executive,  Y’all can’t send those gals there.” John a white man was forced to actively acknowledge people thought he was a  neo nazi skinhead giving him rare glimpse into prejudice. Harley Bob a white man was forced to passively acknowledge there are places black people can’t go, be accepted and do their jobs.

A friend said this week, racism has to be felt and feared. In the moment, John both felt and feared the power of prejudice. Harley Bob, could very well imagine what could happen. People want to relate, to find a way to understand. Many times, I get an anecdote about the “one time” someone was on a business trip in China and was the only white person in the room or I was the only white guy out there playing basketball.  What do you think that does for those experiencing racism and prejudice? There is a difference between imagination and experience. Looking at pictures of someone riding a bike, watching videos of people riding bikes, reading about how to ride a bike, maybe even getting on a bike during spin class. Do any of these things mean someone can ride a bike? No, you actually have to get on the bike.  You might have a good idea about, you might be able to imagine it, but, it is something that has to be experienced to be fully understood. Those anecdotes about the one time, blah, blah, blah, maybe comfort food for your soul, but do nothing.

Trying to relate is a good thing. Imagining how bad a situation is, is a good thing. Being an ally is a good thing. But, know, just like looking at a photo of riding a bike, it’s not the same thing. I don’t have children, I may have “baby sat” maybe three times in my life. I have never changed a diaper, so I know, as much as I have been in the proximity of these things, read books, seen movies, I don’t know nothing about birthing babies. I don’t know the pain, fear, happiness or joy. This week, look for examples of imagining versus experience, acknowledge the difference and act accordingly

¹ I have not seen Justified didn’t realize it was set in Harlan County until I was writing this post.

² I’d had an incident with the Klan in my past during a Saturday night “coon hunt” that forced me to hide in the passenger seat of a car. I had no desire to repeat the experience. Let me save you the google search:

© Sheila P. Thorne and bousbous.com, 2014. Unauthorized use and/or duplication of this material and photographs without express and written permission from this blog’s author and/or owner is strictly prohibited. Excerpts and links may be used, provided that full and clear credit is given to Sheila P. Thorne and bousbous.com with appropriate and specific direction to the original content.
Loading Comments...
Comment
×
%d bloggers like this: